Personally for my family, this is a good location to reside in if we decide on living in a condo in the downtown area as it is near the school, church, malls in the city, coffee shops, pharmacy, popular gyms in the city, a short ride to government offices, the hospital, hotels, People’s Park or even to the public market for fresh produce or food if you want to cook at home in your condo unit, and even some of our fave Davao restaurants if you want to dine out with your family. 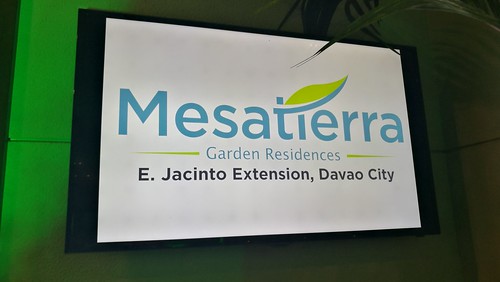 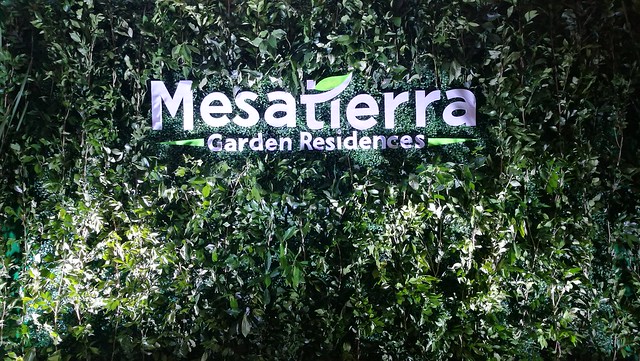 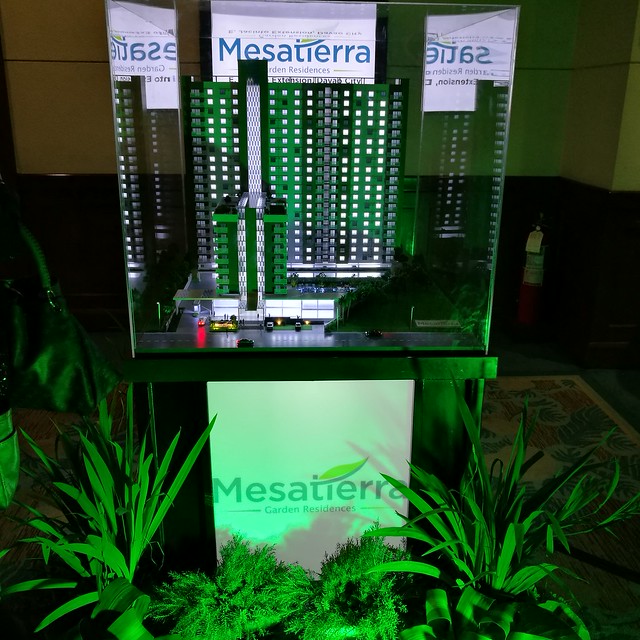 The condo project will have 694 residential units and 259 parking units. 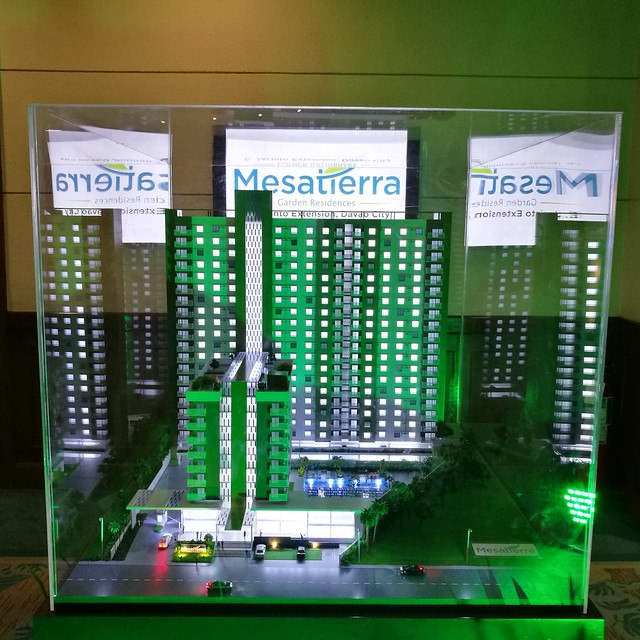 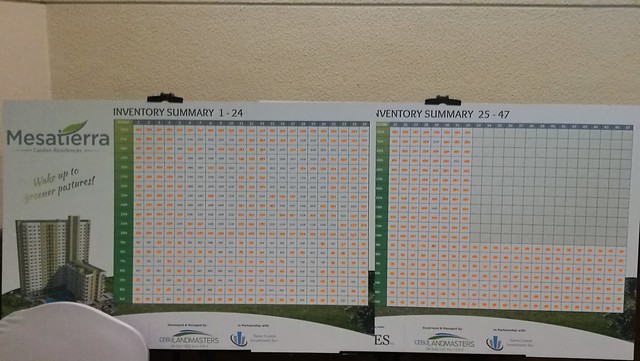 80% of the Mesatierra units are sold. We were told that they sold more units during the launch. 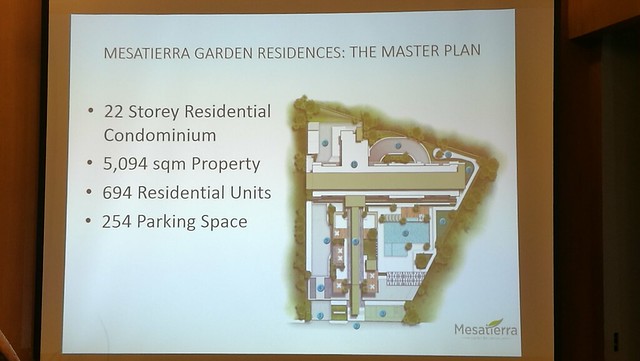 Click the image below to view a video presentation of the Mesatierra condo project shown during the presscon. 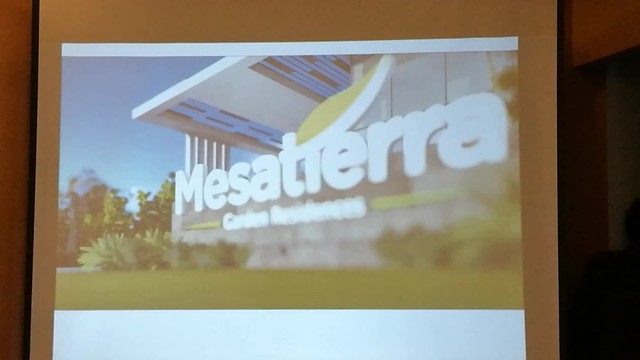 Before the launch party, a presscon was held  at the Saranggani Hall of Marco Polo Davao attended by Davao bloggers-influencers and media. 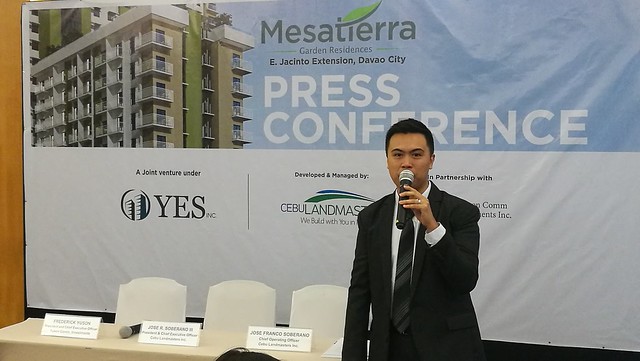 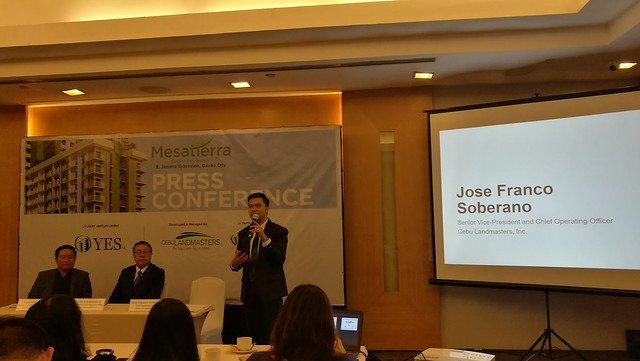 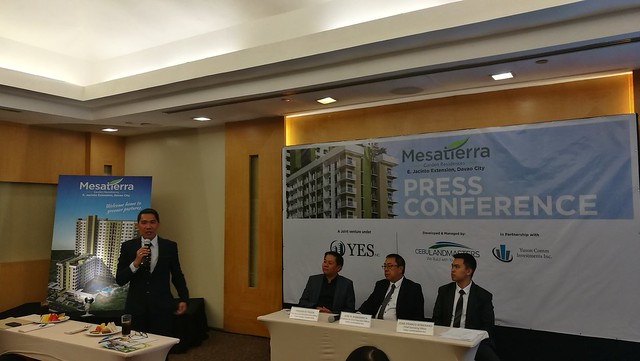 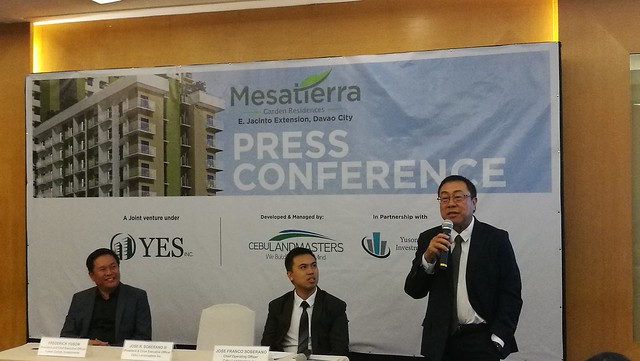 Below is a video of Joe Soberano who spoke during the presscon about the Mesatierra project. 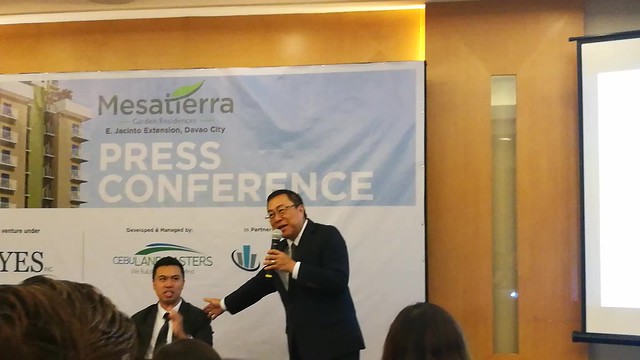 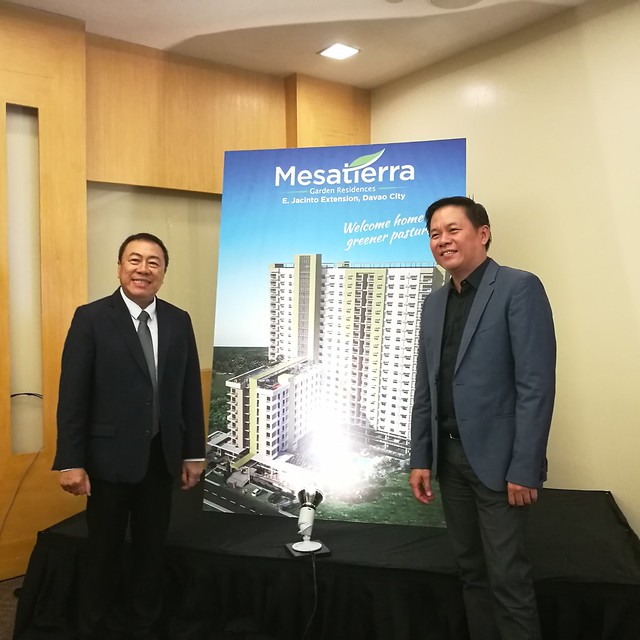 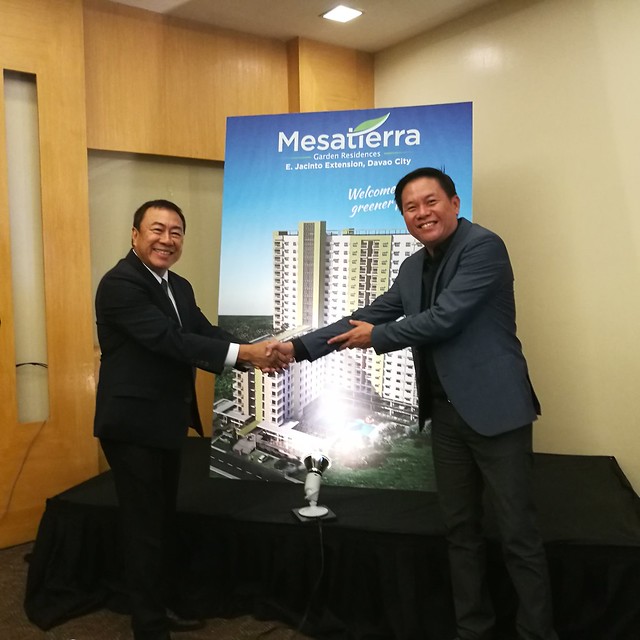 Last March 20, 2017 at Marco Polo Davao, they have formally launched this as one of at least three of their real estate projects in Davao City together under their joint venture named Yuson Excellence Soberano Inc. 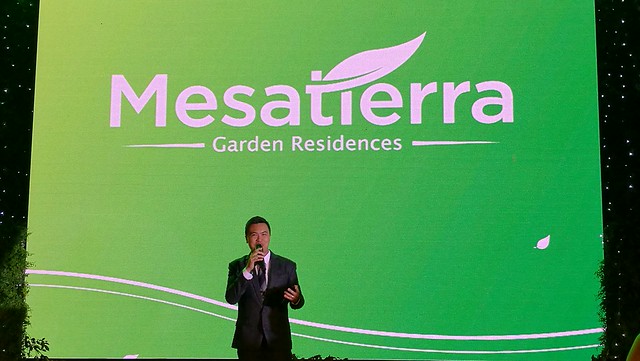 Jose Franco welcomed the guests and introduced his father Joe Soberano during the launch. 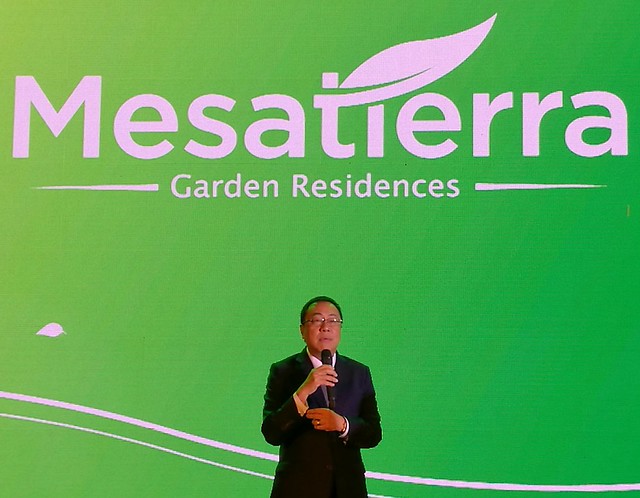 Joe Soberano at the launch of Mesatierra Garden Residences in Davao City. 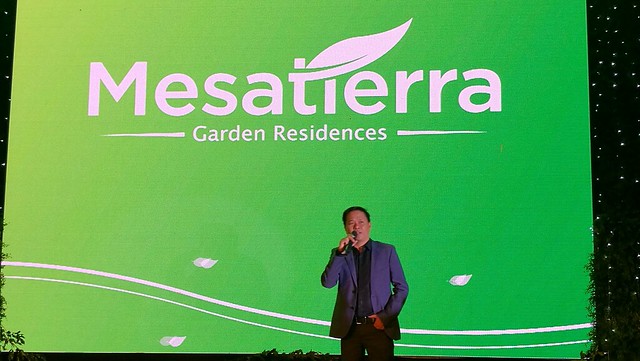 Fred Yuson at the Mesatierra launch 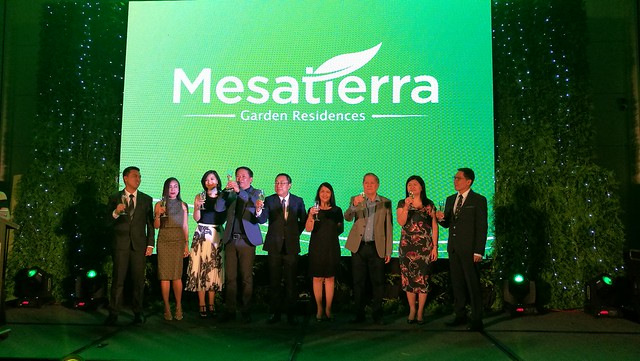 A toast for Mesatierra by tops executives of the joint venture – Yuson Excellence Soberano. 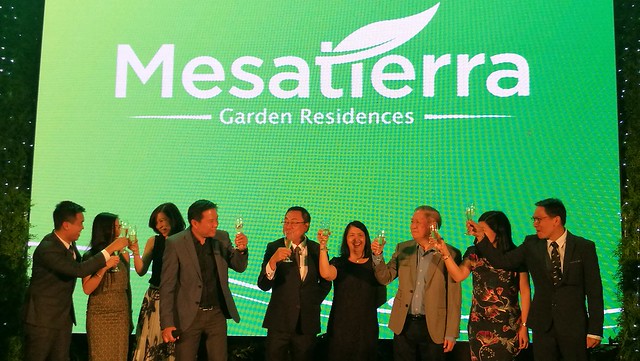 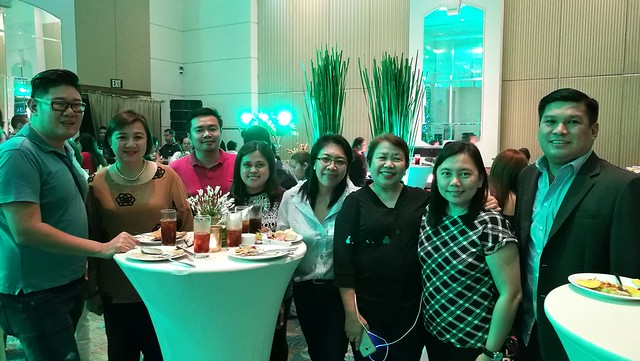 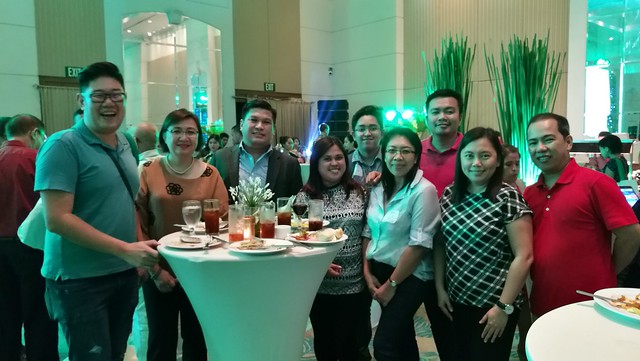 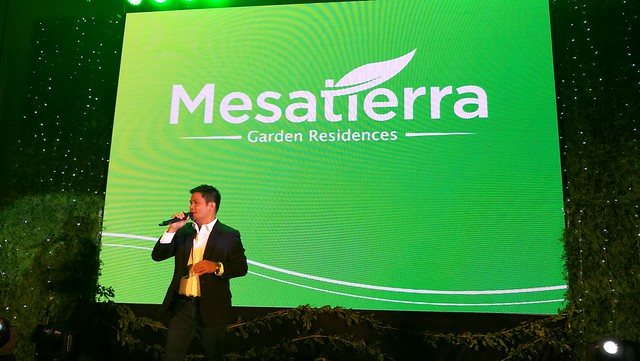 Mr. Ogie Alcasid, who we see often on TV these days as one of the judges of Your Face Sounds Familiar Kids and Tawag ng Tanghalan at It’s ShowTime, performed during the launch party in Marco Polo Davao. 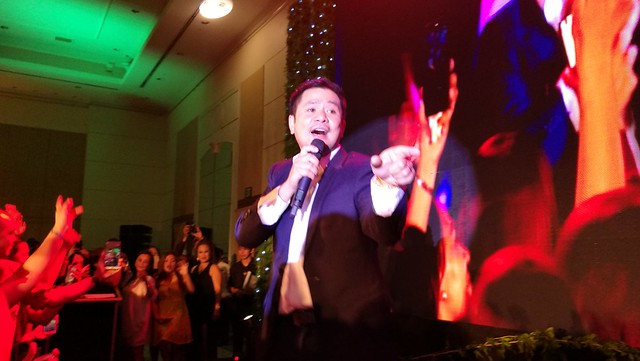 Click on the image to watch the short video below of his opening song number at the event. 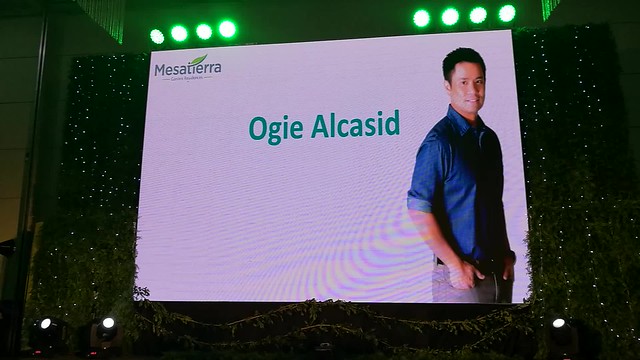 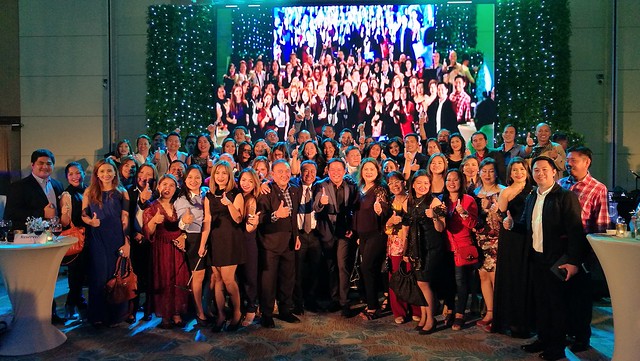 Read the press release below to know more about this project:

Nothing can stop the rapid growth of Davao City under the administration of President Rodrigo Duterte. Forward-looking Davaoeños and investors have the opportunity to plan ahead for a home that refreshes right at the heart of a progressive urban environment.

“We anticipated Davao City’s growing urban atmosphere,” said Joe Soberano, President and CEO of Cebu Landmasters Inc. (CLI). Within this context, we conceptualized and built MesaTierra Garden Residences in Davao City. This is the 4th of Cebu Landmasters’ best-selling “Garden Series” condominiums, with two completed and fully sold-out in Cebu City and one under construction and almost sold-out for the 1st two buildings in Cagayan de Oro City.

Soberano noted forecasts by the World Bank of continued Philippine economic growth in 2017 and 2018. Davao City will continue to lead the country in terms of growth with such infrastructure projects as the Davao-General Santos-Bitung / ASEAN Shipping route to be launched in April this year along with the projected Mindanao railway system. The National Economic and Development Authority (NEDA) has identified Davao City as among the ASEAN’s fastest growing outsourcing destinations.

The progressive home city of the sitting Philippine president, Davao City has a become a destination and center for various public and private events and projects. Homegrown yuppies and the expected influx of investors will need homes they deserve, Soberano said.

“After a long day, one deserves a home in a garden enclave in the midst of a busy metropolis. MesaTierra Garden Residences is a breath of fresh air in Davao City,” he mused.

“Combining our local expertise in the Visayas-Mindanao regions and concern for stringent location selection, we made sure that MesaTierra Garden Residences is accessible to main roads and public transportation and close to major establishments,” said Soberano.

“We envision a Garden City within an Urban Enclave. MesaTierra Garden Residences is your own personal paradise located at the heart of Davao City,” said Fred Yuson, CEO of Yuson Comm Investment.

“With MesaTierra and its eco-friendly and green features, we are providing a space for a breath of fresh air amidst the busy city life of Davao. More than just being physical structures to live in, MesaTierra is a lifestyle statement about a better way of living,” said Yuson. “With MesaTierra Garden Residences, we are welcomed home to greener pastures.”