Cebu Landmasters partners with Lyceum of the Philippines University (LPU) for a university township project in Davao City.

The Soberanos of Cebu Landmasters Inc. and the Laurels of the Lyceum of the Philippines University will bring to Davao City a University Township. The LPU Town Davao will be mixed-use and will have the residential condominium Casa Mira Towers of CLI, along with commercial buildings and offices for BPO companies and other establishments. A hotel will also rise up in the township as part of their future plans in this development along the diversion road of Davao City.

The said property will be developed by Cebu Landmasters lnc. (CLI) which will expand its presence in Davao City by collaborating with globally competitive higher education institution Lyceum of the Philippines University (LPU) to develop the latter’s Davao campus into a mixed-use, and world-class LPU University Town.

Last May 28, 2018 Monday at Seda Abreeza Hotel, Cebu Landmasters Inc. and Lyceum of the Philippines University signed a Memorandum of Agreement (MOA) for LPU Town Davao project. CLI, leading VisMin-based real estate property developer, will be the project planner and manager of this development. This project will begin by the 4th quarter of 2018. It is a 17-hectare mixed-use development that will have academic, residential, commercial, office, hotel and convention components. 5.2-hectares of which is dedicated for its LPU Davao campus including an academic resource center, a pool, dormitories, maritime center, and a football field inside this development in Km. 11 Sun City Road in Buhangin of Davao City. It is basically near the Davao International Airport. LPU Davao classes will start on June 2019. The design of the LPU Davao campus is inspired by the LPU Cavite campus and enhanced by Casas Architects. 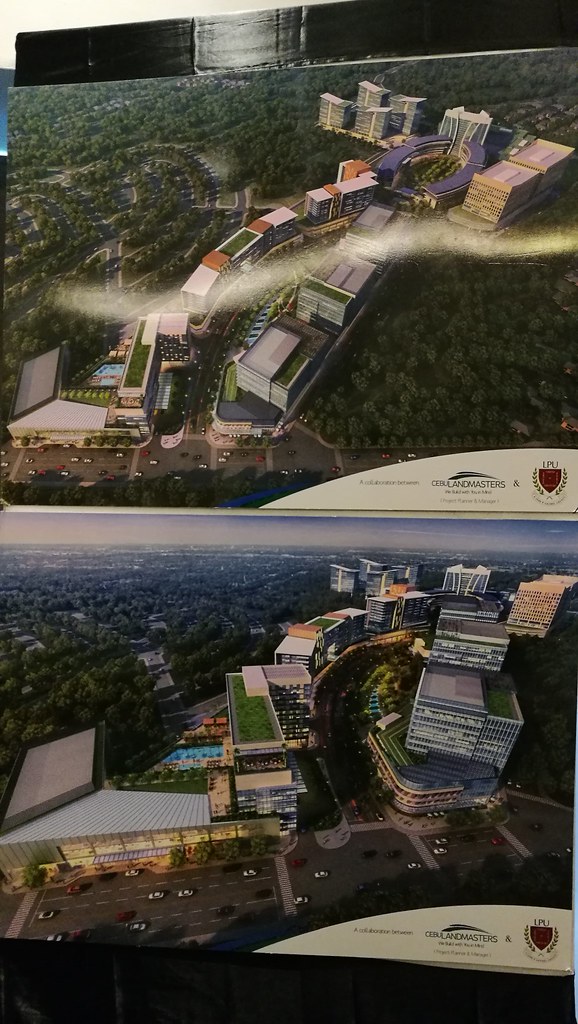 CLI flagship brand Casa Mira Towers will rise as part of the said LPU Town Davao serving as a convenient housing option for LPU students, and those who would like to live in Uptown Davao. The Phase 1 of the commercial component of the LPU Town will be built by CLI as well.

“Our vision together with Lyceum of the Philippines University is to make LPU Town Davao a premier university township. CLI is truly honored to work with the higher educational institution that has produced esteemed graduates like our President Rodrigo Duterte who puts VisMin as a major area of priority for development.” said CLI Chairman and CEO, Jose R. Soberano III.

“LPU is happy to partner with Cebu Landmasters. With their track record being the leading VisMin-based real estate developer, we are confident that this project will be what we envisioned it to be. We are proud to pioneer this University Town concept, starting with LPU Davao,” LPU Davao president Peter Laurel underscored.

LPU has campuses in Manila, Makati, Cavite, Laguna, and Batangas. Their Davao campus, which will be offering College and Senior High School Programs, is the sixth addition to the LPU system .

Cebu Landmasters, the leading local housing developer in VisMin according to a recent survey by Santos Knight Frank, a top property consultancy firm, has ongoing collaborations in Davao City. The publicly-listed firm is in partnership with Davao-based real estate companies in the development of several projects: MesaTierra Garden Residences; The Paragon Davao, an emerging lifestyle development; and the Davao Matina Business Park, a CBD township project.

Lyceum of the Philippines University Profile and School Development Perspective:

LPU Profile Lyceum of the Philippines University (LPU) was founded in July 7, 1952. Dr. Jose P. Laurel named the school Lyceum of the Philippines after Lykeios, the site in ancient Athens where the great Philosopher Aristotle nurtured the minds of his protegees. The school motto, “Veritas et Fortitudo” (Truth and Fortitude), “Pro Deo et Patria” (For God and Country), reflects Dr. Laurel’s belief in the value of learning and character formation for God and Country.

When Dr. Jose P. Laurel died in 1959, his third son, Dr. Sotero H. Laurel, who was then in the practice of law, fell the mantle of responsibility of running the school. He was also the one who helped his father organized LPU and acted as the first executive secretary to his father.

LPU is also ISO Certified and is a recipient of the Philippine Quality Award for its Commitment to Quality Management (Batangas, Manila and Laguna Campuses). It is also Asia’s first Investors-in-People Gold Accredited University for its people management practices.

LPU’s most notable Alumnus is no other than President Rodrigo Roa Duterte who finished his Bachelor of Arts major in Political Science in LPU Manila in 1968. He was also awarded LPU’s Most Outstanding Alumnus Award in 2015.

Lyceum of the Philippines University in Davao is set to open in June 2019 offering College and Senior High School Programs. (Source: Lyceum Philippines)