Davao Photos & Videos: Wonderful World With Globe as One Digital Nation Powering the Future of Davao 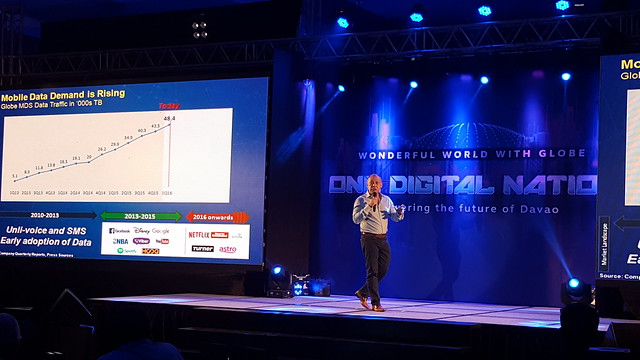 Globe President and Chief Executive Officer Ernest Cu was here in Davao City during the Wonderful World with Globe event and launching of One Digital Nation – Powering the Future of Davao which was held at the SMX Convention Center in SM Lanang Premier last August 10, 2016. 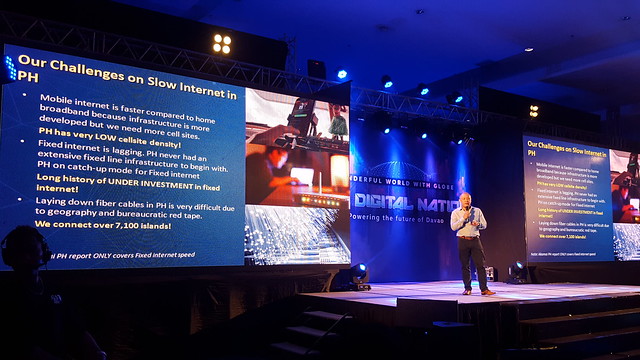 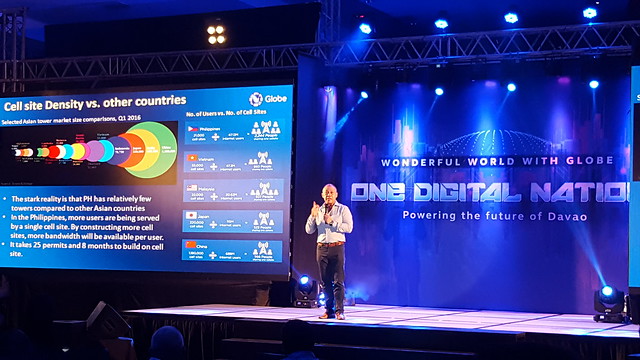 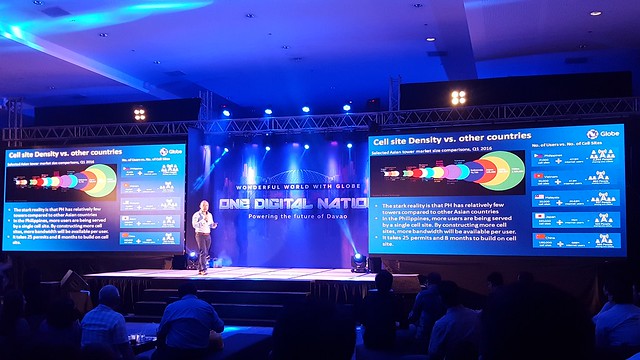 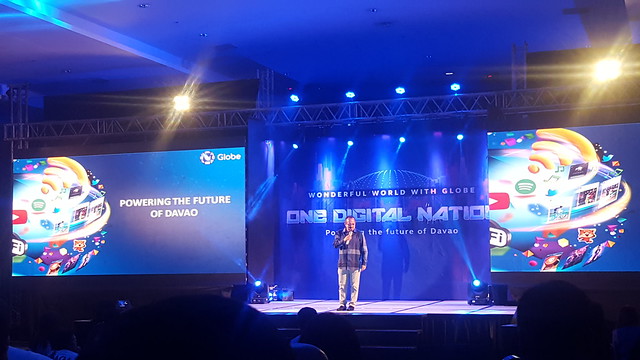 Chief Commercial Officer of Globe, Mr. Albert de Larrazabal was also here in Davao to talk about the Davao Cable Landing Station (CLS) in Talomo, Davao City that was inaugurated that morning of August 10, 2016. 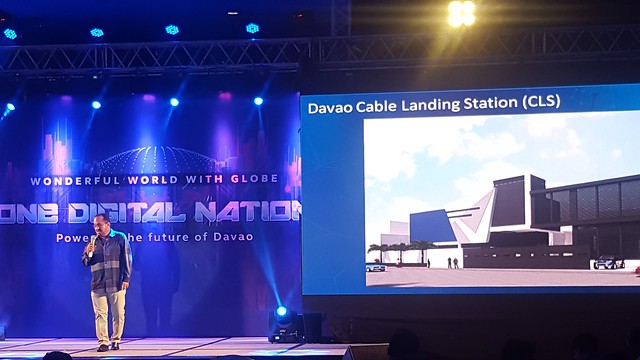 This is said to be the only facility of its kind in the Philippines that will connect Davao City directly and seamlessly with the rest of the world particularly the US. 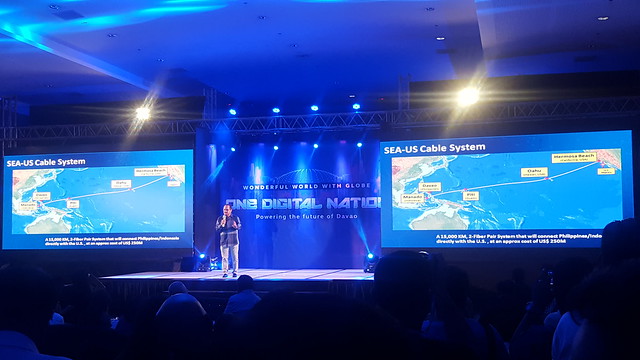 In addition to the construction of the data center and the SEA-US undersea cable system, the telecommunications operator is also embarking on an aggressive deployment of fiber-optic broadband technology and utilization of additional spectrum assets such as those in the 700 megahertz (MHz), 1800 MHz and 2600 MHz bands in Davao City. 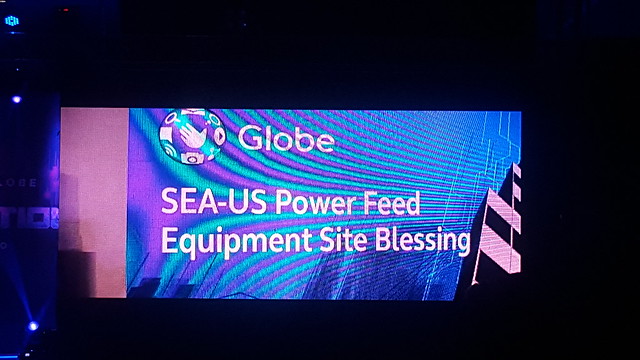 Furthermore, Globe is also rolling out a fiber optic cable system in the country, including Davao. The objective is to create an internet superhighway by deploying fiber in 20,000 barangays by 2020 and provide ultra-fast internet access to around 2 million homes nationwide. 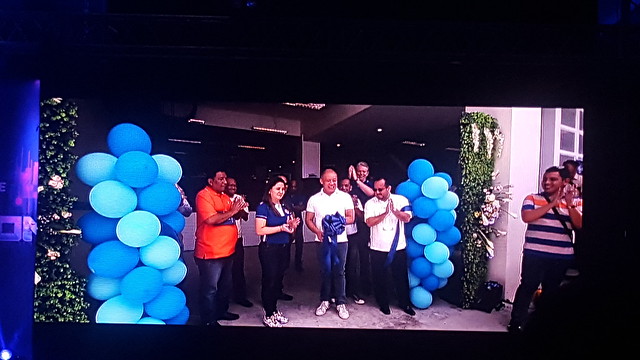 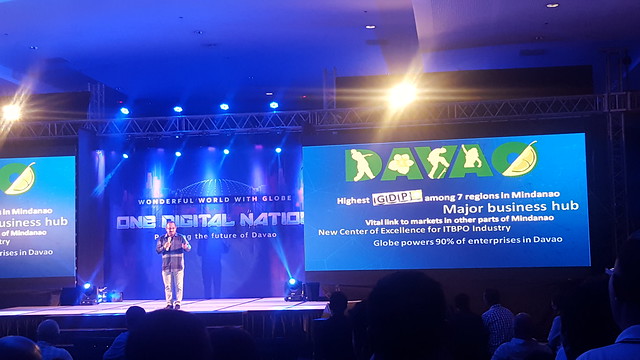 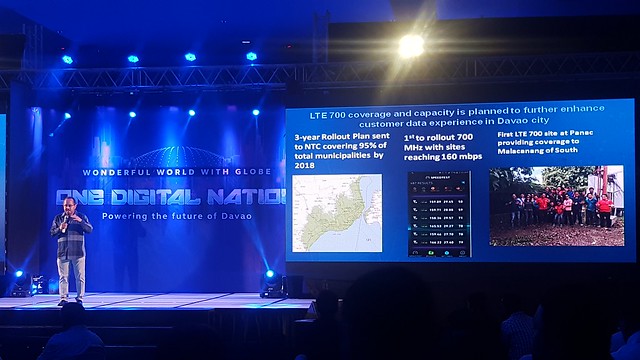 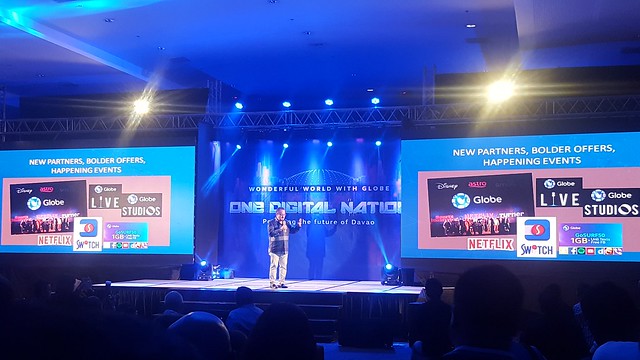 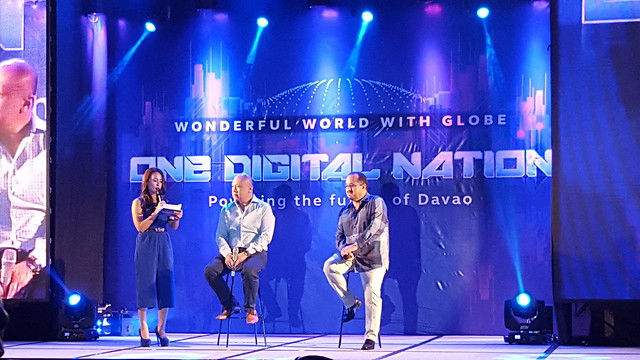 Globe CEO Ernest Cu & CCO Albert de Larrazabal also took time to entertain and answer some questions from the media and guests during the said event. 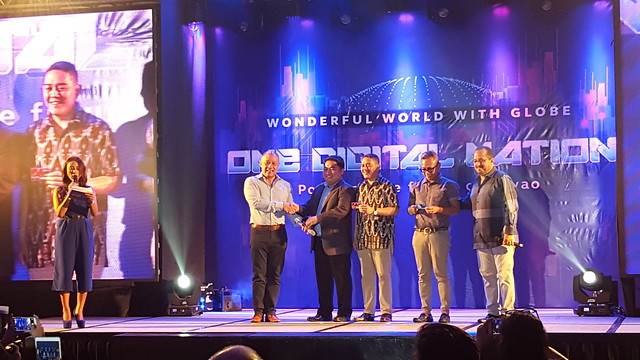 Mr. Ernest Cu seen here as he handed over a mobile phone to the Atty. Raul Nadela Jr., representing the Davao City Government being the chief of staff of our city’s Mayor Sara Duterte Carpio; Kadayawan sa Dabaw execom co-chair Art Boncato Jr.; Jeff Tupas of the City Information Office; and Globe Telecom Chief Financial Officer Albert de Larrazabal (in photo from left to right), with Claudette Centeno as host of the event. 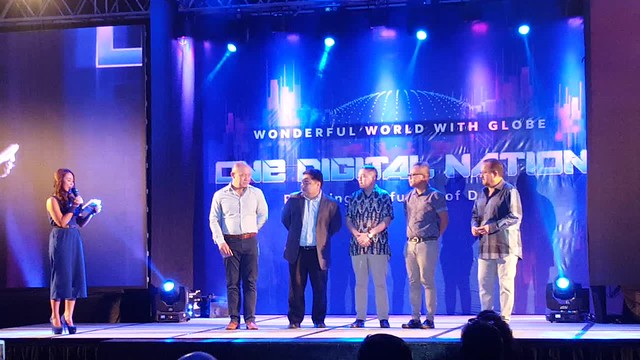 Click on the image above to watch a short video of the said turnover.

During the event, aside from Mr. Cu, we also met once again Ms. Yoly Crisanto, head of corporate communications of Globe as she was also here in Davao City for the said event along with other executives of Globe Telecom.

Being Globe subscribers at present, my husband and I are truly looking forward to better connectivity and to that ultra-fast internet access for us here in Davao City and for the other homes nationwide.

Since June 2016 and when President Duterte took office, as subscribers, we have started to enjoy a faster mobile internet access, thanks to Globe!

Time may come that we may soon avail of the fixed broadband at home once again when a guaranteed internet connection with ultra-fast speed is available here for real powering the future of Davao.