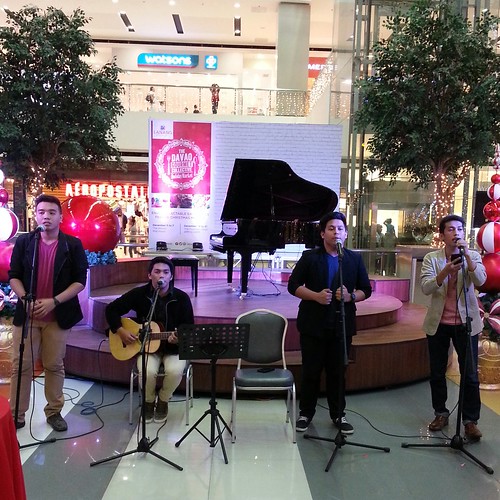 I have heard one time of the group named Negative Four composed of four members namely: Benmark Mercado, Justine Jhon Sabandon, Kenny Joy Sagayno, Jireh El Satriani Villareal. They had performed at JavaJive and I think they were the guys we heard practicing when we were there in the Quirino branch before.

They performed and entertained the guests at the official launching last December 05 of the first weekend of the Davao Gourmet Collective Holiday Market 2014. It was nice to listen to them perform while guests and mall shoppers dropped by to dine and visit the participating purveyors’ booths. They did a few songs and before we left, I remembered about the oboe instrument that my nephew was asking me to look for in the music in SM Lanang. Good thing I remembered it while I was listening to Negative Four’s last song rendered.

You may check out Negative Four’s Facebook page for updates on their performances and gigs here in the city and elsewhere.