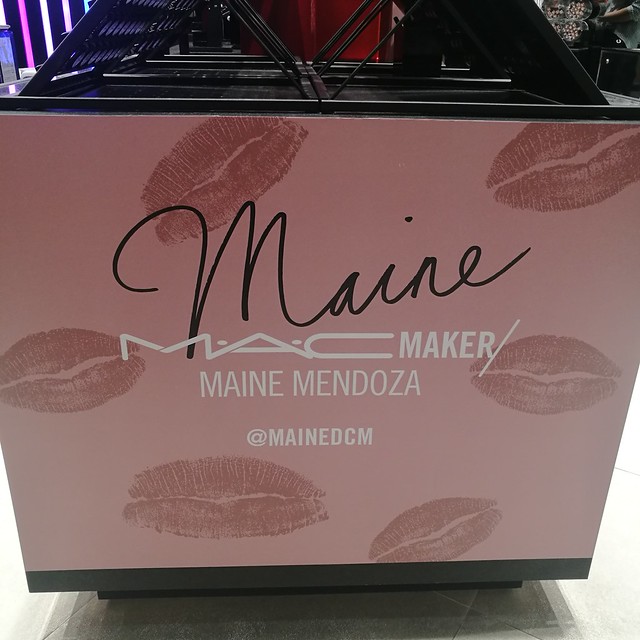 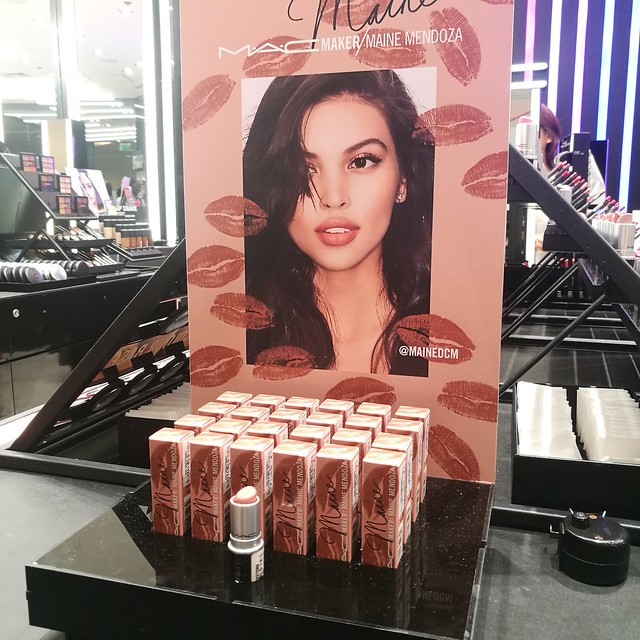 “Maine drew from retro fantasies to create her limited-edition lipstick: a muted peachy beige shade with a matte finish,” said MAC Philippines in an Instagram post. 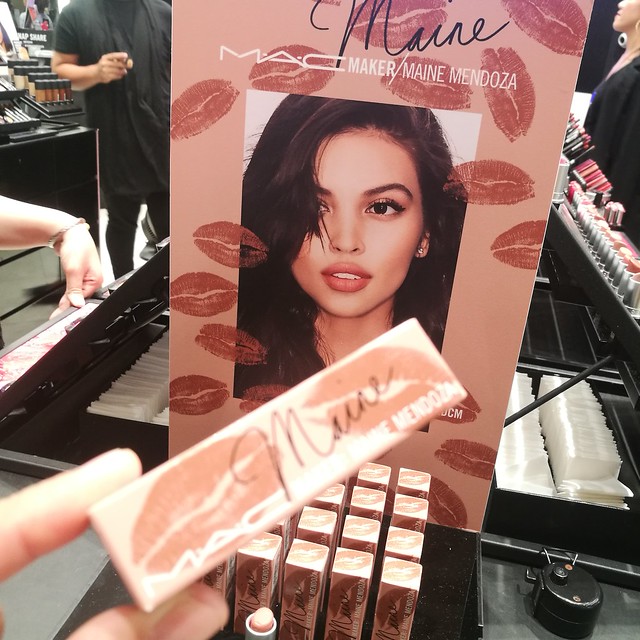 Sorry for the blurred images of the lipstick sample and box. 🙂 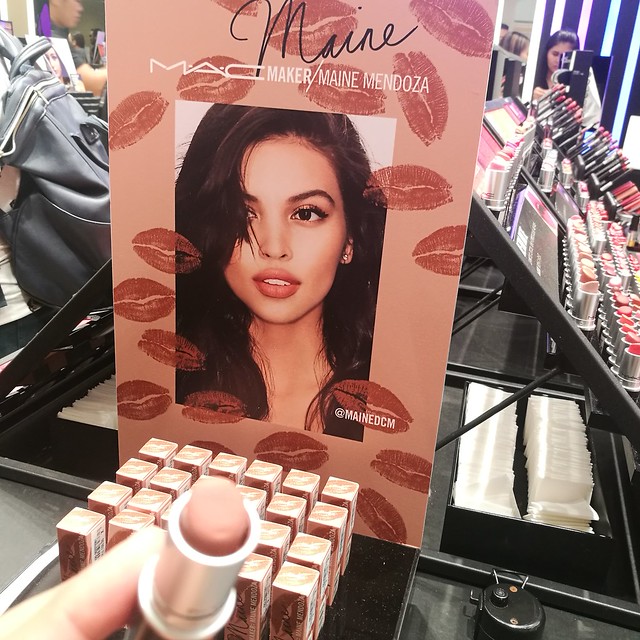 There were only fifteen (15) remaining stock of Maine Mendoza’s limited edition MAC lipsticks when we went to the MAC store in Abreeza Ayala Mall during the day it became available in Davao City and all other MAC stores nationwide on September 23, 2018.

It was priced at P1,100.00 at the MAC store. Some of the stock of Maine’s limited edition lipsticks were bought online. Some were being sold after at a higher price as I have seen online. There was P1,500, P1,600, even P2,000. Stocks were gone in Lazada in just a few minutes after it went on sale online at midnight of September 21, 2018. It had a grand launch on September 22 at SM Megamall.

The shade is not my usual color for a lipstick. I remember seeing Maine usually using darker shades of lipsticks,  my preferred shades for lipstick. I don’t own a MAC lipstick now. But I have tried using MAC lipstick a few times long before. Let’s see whose up next Filipina to become a MAC Maker.

Now who was able to get @MAINEDCM limited edition lipstick? How was it?
Would love to hear your comments below.